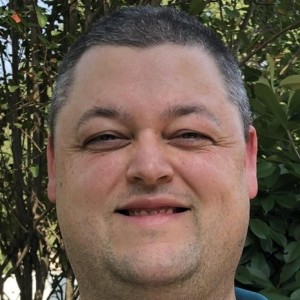 How and When Were Swimming Pools Invented?

The first pools were intended to be used for cold water baths, but they quickly became a popular summertime amenity that helped to keep city dwellers cool and clean during periods of high temperatures.

Today, there are many different types of pools available for use-from simple above-ground pools to complex infinity pools situated against scenic backdrops-and they all have their own distinctive features and benefits.

Let’s take a look at the history and invention of the modern-day domestic swimming pool.

The Great Baths of Mohenjodaro

The Aqua Appia, the first aqueduct of Rome

Built in 312 BC, the Aqua Appia carried water from the Salone Springs to wealthy homes and eventually public baths. Water was allowed to flow through specialized fountains called nymphaea which were essentially pools used for relaxation. These types of pools were also present in many ancient cultures not only because they are relaxing but also because water aids healing.

Ancient Romans constructed huge public bath complexes throughout their empire some of which contained large swimming pools inside them. Many people visited these regularly to socialize, relax and clean themselves while some used them for medical treatment. The famous Roman baths housed several different pools including a cold pool with some containing hot water that came directly from natural springs or tap-water that was heated.

The Domus Aurea, built by the Roman Emperor Nero around 64AD had an artificial lake with boats and a huge swimming pool that could be drained for special events. The complex also housed many types of baths including lavatories, vaporariums which were dry saunas that could reach extremely high temperatures providing cleanliness as well as relaxation, tepidariums that used moderately warm water, caldariums known as hot baths or steam rooms where temperatures reached 55-60ºC (131-140ºF) and frigidaria which are cold pools often used only after the others in order to help re-energize the body.

These kinds of pools required wells that penetrated into underground aquifers in order to reach the water. These wells were often quite deep, especially when they were sunk into areas beneath city centers where there was hard rock close to the surface which required deeper wells.

Gymnasiums were places dedicated to Greek sports activities, which included swimming in warm pools around 500 B.C.E., although because of their religious connotations these facilities tended not to be open to everyone. The Romans however built aqueducts that could supply large amounts of water to populated areas that didn’t have natural springs or reason to build rainwater cisterns that could provide enough clean drinking water for people’s needs. They also began building baths in the 1st century C.E., dedicated primarily for bathing and relaxation.

Pools typically had marble floors and the walls were lined with ceramic tiles, mosaics and statues. These became very popular and wealthy Romans would often have large private villas that had their own bath complexes complete with pools that could be filled with hot or cold water through underground aqueducts which also provided drinking water to the city’s many fountains.

The Campus Martius was an area in ancient Rome on the northern bank of the river Tiber adjacent to certain wards of the city wall such as Transtiberim on its eastern side where citizens went for recreation such as horse riding, gymnastics, and swimming in these open-air pools especially during summertime when reached more than 100ºF outside.

The Baths of Caracalla in Rome were built around 215 C.E. and could house 1,600 bathers at a time with one large swimming pool that was even decorated with rocks and six smaller bathtubs that were fed by cold water from the surrounding hills bringing it down into the city through aqueducts. This complex became such an important meeting place for people that many were willing to pay a fee just to get in and enjoy its luxurious surroundings while relaxing in pools filled with hot water brought down from more than two miles away on Mount Gelato. These baths remained in service until some point during the 6th century when they began losing popularity due perhaps to changing tastes possibly because of health concerns since people were beginning to link bathing with ill health.

The invention of the modern-day domestic swimming pool

The invention of the modern-day domestic swimming pool has been one of the most significant developments in recent history. It is now possible to swim year-round without having access to an ocean or other body of water because the modern-day pool can provide enough relief from heat waves as well as being heated indoors. The introduction of this type of construction has also led to a number of important advancements in other areas including medicine, technology, and architecture.

The modern-day swimming pool was invented by George C. Taylor in 1868. Taylor built the first public swimming pool known as ‘The Natatorium.’ It was an indoor pool with two decks one at pool level where you would get changed, pay your entry fee, and watch the swimmers. The other deck was a promenade floor.

The pool opened to the public in March 1868 and was a resounding success with 10,000 bathers visiting over the Easter weekend that year.  Although the pool had been built as a haven from sweltering summer heat it quickly became apparent that people would rather visit at those times of the year which led to many entrepreneurs opening their own pools in imitation of Taylor’s design. By 1872 there were 32 indoor pools open across America with Detroit being home to no less than six!

With a swimming pool now within reach of almost every household, advancements began to be made in order for this invention to better serve its purpose. In 1915 T. Howard who promoted diving competitions successfully persuaded the Amateur Athletic Union to lift its ban on competitive swimming. This allowed for contests to be held in pools rather than lakes, rivers, and oceans which is where they had previously taken place. It also made it possible for records to be kept which in turn helped to encourage swimmers across America to improve their technique and times.

There are now many different types of pools available including infinity pools that not only look fantastic but are also built with a number of important benefits in mind. They provide an option for people who struggle with mobility issues as well as being versatile enough to suit any garden or outdoor space, no matter what shape or size. Another type of pool that has emerged over the last few years is the saltwater pool which gives very similar benefits to a hot tub.

The modern-day swimming pool has given people the opportunity to swim all year round which is great for health and fitness as well as providing some incredible design opportunities that would not be possible without this invention.

Thanks to this amazing piece of engineering millions upon millions of people are able to relax in their own backyards or at their local pool any time they wish which gives them access to recreation facilities right on their doorstep.

The invention of the modern-day domestic swimming pools started all the way back with Great Baths at Mohenjodaro where it was used for bathing purposes only but quickly became popular among city dwellers who were looking for cooler places during periods when temperatures rose too high. George C.Taylor built the first public swimming pool known as ‘The Natatorium. The origin of this incredible invention can be traced back to 1868. Today there are many different types available. From simple above-ground pools to complex infinity pools situated against scenic backdrops-and they all have their own distinctive features and benefits.

How to Acid Wash Your Pool

How to Get Rid of Mustard Algae in a Pool

We need to know what mustard algae is in order to recognize it in the water when treating your pool.

How to Prime a Pool Pump

It’s summer and you’re ready to take a dip in your pool, but when you go to turn on the

What is the Difference Between Combined, Total, and Free Chlorine?

Chlorine is a necessary chemical for keeping swimming pools clean and free from harmful bacteria. There are three main types

Full pool cleaning and maintenance services in the Houston area.